The History of the Toilet 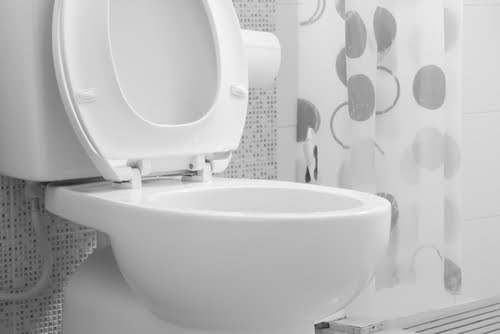 Toilets have been around for a very long time. It might surprise you to hear that by 2800 B.C.E. toilets had already been invented by many civilizations of the ancient world. Washrooms were built into the outer walls of buildings, and like our toilets today, had a seat and a mechanism for disposing of the wastes. However, instead of wastes being deposited into the sewer system, they usually fell out on to street drains or into cesspits.

Ancient civilizations in Pakistan, Northern India, and Scotland actually used a primitive running water system to clean away wastes from their toilets similar to the plumbing solutions of today. Around the 18 century B.C.E. the more readily familiar ancient civilizations of Egyptian pharaohs and Persian and Roman Emperors also had toilets. The Romans, who also built giant, public bathhouses, often included toilets with running water as part of the bathhouse.

It’s not very surprising that these sophisticated and surprisingly sanitary toilets were a privilege of the rich. Poor commoners generally dedicated an old pot to the process. In Ancient Rome and Pompeii, urine was collected in large receptacles. In most of Europe, wastes were simply thrown into the gutters of the street. The waste would simply collect in the gutters until the rain washed it away.

However, as the urban population grew in Europe, the rain was no longer sufficient to handle the larger load of wastes. Cesspits were built, and pipes connected latrines to the pits. During the night, tradesmen would pump the liquid waste out and shovel the solid waste into wagons to be used as fertilizer.

By the 19th century, Europeans had the idea to build a lattice of underground pipes that could carry wastes away. Officials debated until the mid 19th century before beginning to work on the system that would eventually replace the cesspits for good.

The first flush toilets appeared with the dawn of the industrial revolution. First becoming popular in the U.K., the invention soon spread to continental Europe and then to the Americas. The original flush toilets weren’t particularly water efficient, and much of the innovation surrounding the toilet has been about increasing its efficiency. In 1980, an Australian invented the new popular 2-button toilet. This toilet gives users the ability to choose whether to use a little or a lot of water depending on how much waste needs to be removed.

The toilet has changed a lot over the centuries. From free falling into street gutters, to being collected in local cesspits, to the invention of true plumbing. One of the drawbacks to the sophistication is that toilets are much harder for laypeople to fix nowadays. Despite that, it’s a pretty amazing transformation and a vital one for human sanitation.

Without access to proper toilet facilities, it’s much easier for people to accidentally ingest wastes and spread illness. At Plumbing Paramedics, we hope that everyone around the world will eventually have the easy access to plumbing and toilets that we take for granted here in Canada.

Does your toilet have a leak? Is it refusing to flush? The experts at Plumbing Paramedics are here to help! Call us today with your plumbing emergency.