One Sink or Two? 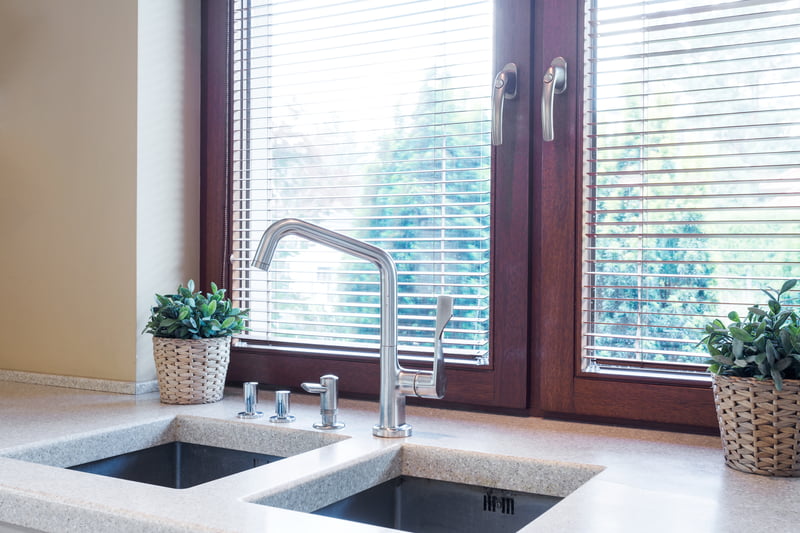 Nothing starts an argument on the internet quite like asking for (or offering) advice on a relatively arbitrary decision that won’t affect anyone else. But with any luck everyone can keep their emotions under control as we open the discussion on a truly important and controversial topic: one sink or two?

In Favour of One Sink!

Assuming you’re not willing to surrender extra counter space to get a second sink, one large sink can often be better than two small ones. The larger sink lets you handle big items like pots, and one sink is generally less expensive than two. Another perk that many parents enjoy is that it’s harder for a huge number of dishes to pile up. Finally, in a smaller kitchen, one sink may simply fit better and offer greater utility without eating a ton of countertop.

The Argument for Two Sinks.

If you have a large kitchen with abundant counter space, you may want to consider two sinks. The double bowl sink offers a versatile work space that can be used for a combination of prep, drying, and washing. But another option is to have two separate sinks. One large sink for dishes, and a second smaller sink for washing hands and produce which (ideally) should never be crowded with other stuff. Piling dishes in one side of a double sink will help save counter space, but it can also mean that your family runs out of cutlery before they run out of sink space. And of course, buying two sinks will likely cost a bit more than buying one.

Ignoring the inherent assumption of wealth that comes with even considering putting a second sink in your bathroom, this is a decision that’s really up to you. If you have enough counter space, a second sink can add a flair of luxury that many enjoy fostering in their master bathroom. Typically, you’re unlikely to be sharing the bathroom with more than one person other than for brushing teeth, so a second sink isn’t particularly practical or necessary. However, if you love the look and have the space, there’s also no reason not to get one. Imagine your dream renovation for your bathroom and move forward on achieving it!

While there will alway be people on the internet willing to tell you that one sink or two is empirically and objectively better without exception, the reality is how many sinks you prefer will depend on how big your home is and how you intend to use them. We hope this article has helped you to suss out which number of sinks is ideal for your home, and if you need any help installing a new sink (or two!) give our friendly, Calgary plumbers a call at (403) 452-2911 or book an appointment online!