If my Poly B hasn’t leaked, does it still need to be replaced? 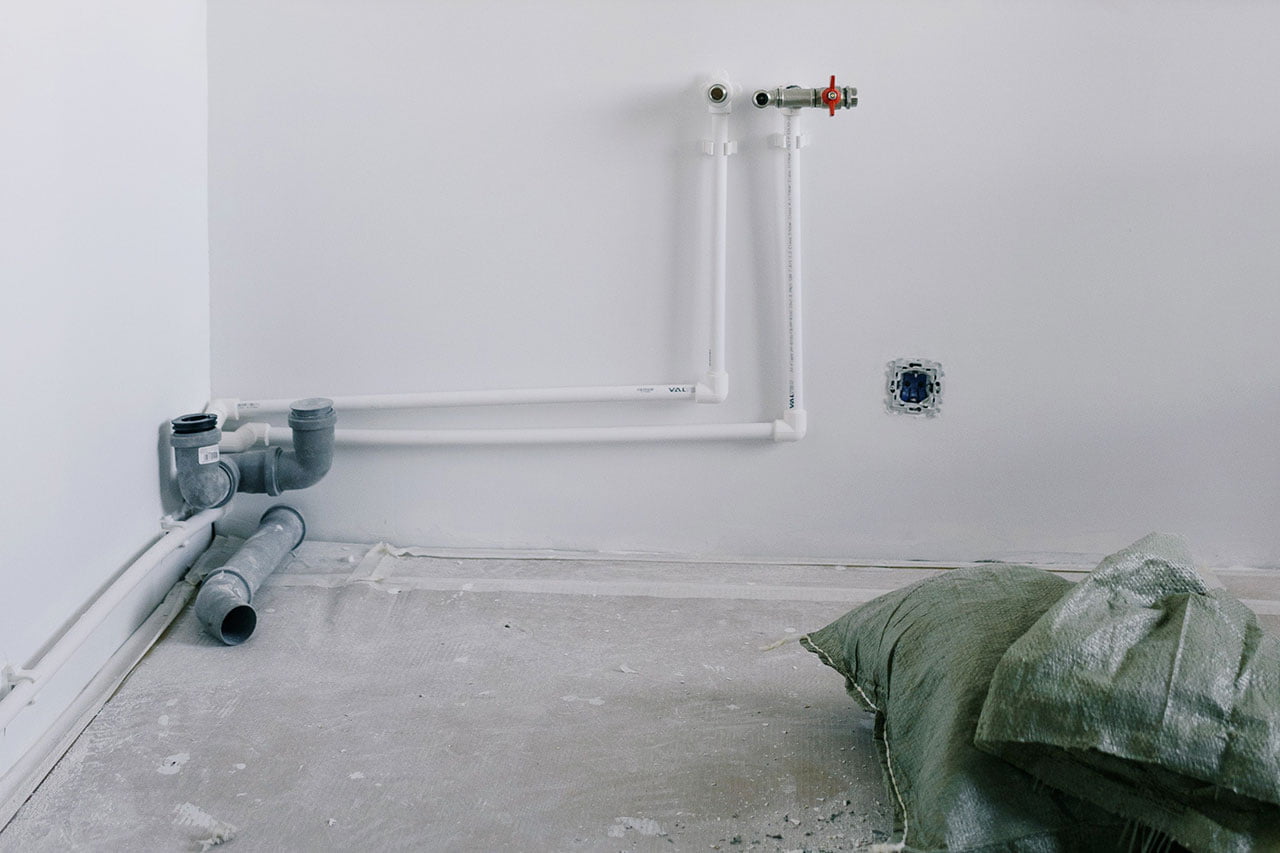 Unless you’re a naturally inquisitive person, you’ve probably never thought about what type of plumbing is lying behind your walls. It silently works to deliver the water you use for your shower, your laundry and cleaning your dishes. But did you know there could be a quiet disaster, waiting for the most inconvenient time to make itself known? Worst of all – insurance may not cover all the damage it leaves in its wake.

If you have poly b plumbing, you’re teetering on the edge of unknown expenses, even if it hasn’t leaked. If you’re one of the lucky ones that haven’t experienced this yet, it’s not about if. It’s about when. Especially since these systems only have a lifespan of 10-15 years. Here’s everything you need to know about poly b plumbing and why you should replace it before it leaks.

The Story of Poly B Plumbing

Poly B (short for polybutylene, because that’s a mouth-full) grew in popularity in the early ‘70s for the next two decades. Contractors and plumbers thought this material would change the way they did plumbing. Poly b was put on a pedestal because it was easy to install, cheaper than copper, resistant to freezing, and more flexible. This material would be installed in over 700,000 homes across Canada by the end of the era, including Calgary.

A severe oversight quickly dashed the dreams of easy plumbing installations; the design couldn’t withstand elements like chlorine and fluoride. These elements are impossible to avoid, given they commonly run through municipal water. Pipes would become brittle and cracked. What was even worse is that the problems started from the inside out. Homeowners wouldn’t know until the damage was done. Within 10-15 years, most Poly b systems burst or leaked and left mould in the quiet wreckage that was caused behind walls.

Calgary homeowners that are unaware of their plumbing aren’t safe, even if you’re diligent about paying your home insurance. Since 2005, most insurance companies don’t cover everything you’d expect for any damage caused by poly b plumbing. The reason for this is they were delisted from the National Plumbing Code once their major design flaw was discovered. This left property owners on the hook for floods, leaks, mould and other issues this material caused, depending on what type of policy they had. In 2010, three class-action lawsuits were filed and settled, giving many Canadians who qualified for the remedy over $20 million collectively in compensation. Since settling the legal action in the Supreme Court’s ruling, homeowners are responsible for covering the cost of replacing and repairing any future issues. Many insurance companies have their own policy about how they handle poly b plumbing claims, so we recommend checking with yours if you’ve discovered poly b in your home.

The Problem with Poly B Plumbing

You already know at this point that poly b deteriorates from the inside out and can’t withstand the elements commonly found in municipal water. But there’s more to know about the signs of damage and problems it causes.

Fittings are what links one pipe to another. Often with poly b, they will be plastic, but you could see copper as well. These fittings crack quickly in a poly b plumbing system, producing water leaks that can be undetected behind walls for months. A simple overtightening of a fitting on a poly b pipe can create a crack. From this crack, a leak will destroy your property quietly until the discovery of the damage.

The last thing you want to hear in the same sentence as your plumbing is the word disintegrating. After all, where will all the water go once this happens? The answer – your walls, floors, and wherever else it can seep into it. Over time, poly b plumbing breaks down after being in contact with chemicals such as chlorine, even in trace amounts. If you love water pressure, it won’t love you back if it’s travelling through the poly b plumbing system. A strong, steady water pressure can rupture the system.

The Damage is Tough to Spot

You don’t often know the moment you become sick. Your body begins being attacked from the inside out until those symptoms tear through the interior, making themselves known. Just like a runny nose, a poly b pipe will begin to leak. This symptom is only visible once the damage has been done from the inside, requiring temporary repair or the recommended total replacement.

Home insurance provides property owners with the safety net they need for financial security. After all, not many Calgarians have $50,000 saved for an avoidable emergency. If you have poly b plumbing, chances are, your insurance company may not cover any expenses that the poly b culprit causes or have limitations that won’t cover everything you’d expect. If the pipes burst, you could be on the hook for all the flooding, mould, and wreckage it leaves behind.

How to Find Out if You Have Poly B Plumbing

If you don’t know what type of plumbing is in your home, it’s time to start investigating. After all, being proactive and having options is much better than reactively scrambling to solve a problem down the line. First, you’ll want to find an area with some exposed plumbing. You can start by checking under the sink, the connections to the water meter, utility room, hot water tank, or an unfinished basement ceiling.

1. Look at the fittings.

Typically, poly b plumbing will have a light or dark grey plastic fitting. These are plastic instead of copper or brass on some installations, but look out for different types. In Alberta, many poly b systems pair with copper or brass fittings. Most pipes are grey, but black, white or blue could be present as well.

2. Look for a stamped code.

Poly b plumbing often has a stamped code on the pipes that states ‘PB2110’ or ‘Poly-B Potable.’ If you don’t see a code, it could still be poly b plumbing. If you aren’t sure, it’s best to contact a local plumber as they are widely popular in modular and mobile homes. The poly b pipe is often, but not always, stamped with a code beginning with “PB.”

3. Find out the year the home was built.

If you don’t already know the year your home was built, it’s time to double-check. If it was between 1975-1998, there’s a big chance poly b plumbing was used due to the boom the material had. After 1998 and before 2005, poly b was still being installed since it was yet to be delisted from the National Plumbing Code of Canada. It’s entirely possible that up until that time, your plumber used the remaining supply of poly b.

Pipe leaks can lead to mould and rot, destroy drywall and floorboards, and cause thousands of dollars in extensive, possibly uninsured, damage. In this case, it’s better to be safe than sorry. If you’re unsure of the piping in your plumbing system, it’s time to call in an expert who will tell you. Plumbing and Heating Paramedics is available 24/7 in Calgary and surrounding areas. Whether it’s a proactive fix or reactive emergency, call us at (403) 879-7213 or contact us to book an appointment.

What type of plumbing do you have in your home? Have you ever experienced poly b plumbing? Any questions you want a professional plumber to answer? Add your comments below to help other homeowners!