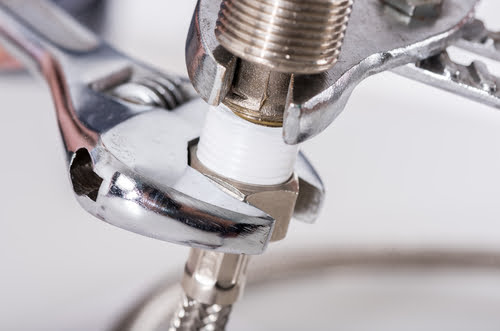 While a drippy leaking water pipes may not seem like a huge problem when it’s first discovered, if left to its own devices, it can cause a lot of expensive problems and damage. We always tell the Calgary homeowners we work with that fixing a small leak soon will save you money in the long run. Here are just a few of the problems that can develop in your home if the leaking pipes are ignored.

Two of the biggest problems a homeowner can face for a few reasons. First, many varieties of mould are toxic to people and pets. Spending too much time in a mould-infested home will make you sick, and seniors, children, and small animals are especially susceptible to mould toxins. Second, mould lives by digesting organic material. In a house, that means mould will likely be eating through the wood that keeps your home structurally safe. Finally, mould can be very hard to spot. It can spread through walls and under flooring without ever becoming visible.

Probably not the first thing Calgarians think of when they see leaking water pipes. However, when water gets into the walls, it can interfere with your electrical work. Water is a good conductor, and it’s one of the last things you want around your home’s wiring. After all, short circuits and other electrical problems can all potentially cause fires.

Nobody wants to be paying for utilities they’re not even using, but that’s exactly what happens when you ignore a leaky pipe. Not only is the dripping water likely to cause expensive damage to your home, but you’re also paying for the water that’s causing the damage! If a hot water pipe is leaking, you’ll also be paying for the gas used to heat the water.

At Plumbing Paramedics, we strongly encourage all of our clients to be proactive. If you notice a small problem, a leaking water pipes, get it fixed before it becomes a big problem. You’re going to have to fix the leak eventually, so why pay higher utility bills in the meantime? Or risk mould problems, structural damage, or even a fire? If your home is in need of plumbing help, the Plumbing Paramedics are here for you. Call us today.